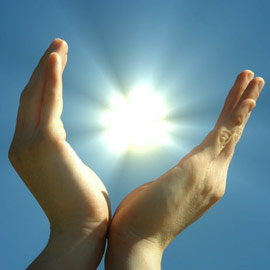 What Time Are Services?

How do Southern Baptists differ from other Baptist denominations?

Southern Baptists hold to the same doctrines that distinguish Baptists from other denominations - believer's baptism by immersion and the security of the believer. They are more general in doctrine concerning the second coming of Christ, allowing for a wide variety of views. Where many Baptists traditionally hold to a pre-tribulation rapture, Southern Baptists do not make this an issue. Southern Baptists emphasize the visible return of Christ.

What Bible does your church use?

Below is an example of how James 2:1 is translated in each of the above categories so you can clearly see the different philosophies.

Therefore our church does not insist on any one translation. We encourage people to have in addition to their own preference, one translation in each of the above categories. Comparing them can better aid in capturing the meaning of the inspired writings.

Do you believe that a person can lose his or her salvation?

It does not matter what a person believes to be true, but what is actually true. The Bible is the source of that truth. The Bible emphasizes in numerous places that a person is saved by faith in the Lord Jesus Christ (e.g. John 3:16, Rom 10:9,Eph 2:8,9). But faith is not merely knowing the facts of who Jesus is, for the demons believe this way (James 2:19). Faith is a trust relationship with Jesus that is evidenced in our actions (Eph 2:10, James 2:14).

When we look at the promises that Jesus gave, He gives us every reason to believe that eternal life is eternal. Once a person receives this life, that life is forever. Jesus said in John 10:28, "I give eternal life to them and they will never perish." John 3:16 promises that those who believe will not perish but have eternal life.

Now a person may object and state that all this is conditioned on belief. In others words, a person will have eternal life as long as that person continues to believe. So if a person stops believing, stops having faith, then they lose that eternal life. Well this sounds like a logical conclusion, but it is not a biblical conclusion.

It is true that salvation is conditioned on continued belief. But that does not mean that a person can lose his or her salvation. Let's take two scriptural examples. Col 1:21-23 states:

And although you were formerly alienated and hostile in mind, engaged in evil deeds, yet He has now reconciled you in His fleshly body through death, in order to present you before Him holy and blameless and beyond reproach - if indeed you continue in the faith firmly established and steadfast, and not moved away from the hope of the gospel that you have heard....

Note the fact of Christ having NOW reconciled you (another way of saying "saved") is only true if you CONTINUE in the faith. So if a person DOES NOT continue in the faith, then he NEVER was reconciled or saved by Christ in the first place. I Cor 15:1,2 states:

This is very similar to the other passage. The fact that you ARE saved, is only true if you HOLD FAST to the gospel. If you don't hold fast, then your belief was in vain, empty, not real faith at all ! And so there is another important doctrine that compliments the security of the believer - the perseverance of the believer. True believers will strive to please the Lord. When we fail, God disciplines us until we repent (I Cor 11:32, Rev 3:19). God works in every believer the desire and the ability to carry out His good pleasure (Phil 2:13). Believers will endure to the end (Matt 24:13), will overcome the world (I John 5:4,5), and will persevere in obedience to Christ (Rev 14:12).

How should a person dress when coming to church?

There is no biblical mandate concerning "church" clothes. Jesus went to the temple in the same clothes that He traveled in. In attending church, some people prefer to dress up, others prefer to wear their common clothes. As long as a person is modest in their dress, any clothes are acceptable.

Our nursery was designed to ensure the safety of kids and to make parents "feel" good about leaving their kids. Those in the nursery can view the service through the 4'x8' sound resistant window. And parents can view the activity of the nursery from the sanctuary. At least one adult with one youth are enlisted each week to work in the nursery.

What kind of music does your church have in its services?

We have a blend of contemporary and traditional music. Hymnals provide a wealth of traditional songs that emphasize central doctrines. Even those who have no church background are familiar with a number of these. What person has not heard of Amazing Grace? Our chorus books have many of the modern choruses. Guitars, pianos, and percussion instruments accompany this music whenever possible.

Thank you for visiting our website. Newly released, you will find some parts still under construction. All links may not work yet, but will soon. Please visit us regularly as we add new Content, including Pastor's weekly Sermon.

We welcome your feedback, questions, and comments. We also welcome you to visit our church.